CLOT and Mitchell & Ness are back with another premium knitted wool collection of jerseys, shorts and shooting shirts, this time nodding to Allen Iverson and Kevin Durant. Following closely in the footsteps of a Los Angeles Lakers capsule that was centered around Kobe Bryant‘s rookie #8 jersey and a Houston Rockets release saluting Yao Ming, this new collection looks to the early days of two NBA greats — one who’s retired, one who’s still lighting up the court.

Kicking things off is the indefatigable Allen Iverson, who’s represented by a heritage blue-and-red Philadelphia 76ers jersey and shorts, marked 1996-97 in honor of his rookie year. This two-piece set is also accompanied by a premium sweater knit shooting shirt with retro branding, the likes of which Julius “Dr. J” Irving would have warmed up in as a member of the 76ers. This special piece also proffers a 1982-83 tag, nodding to the year Philly secured its last NBA Championship. 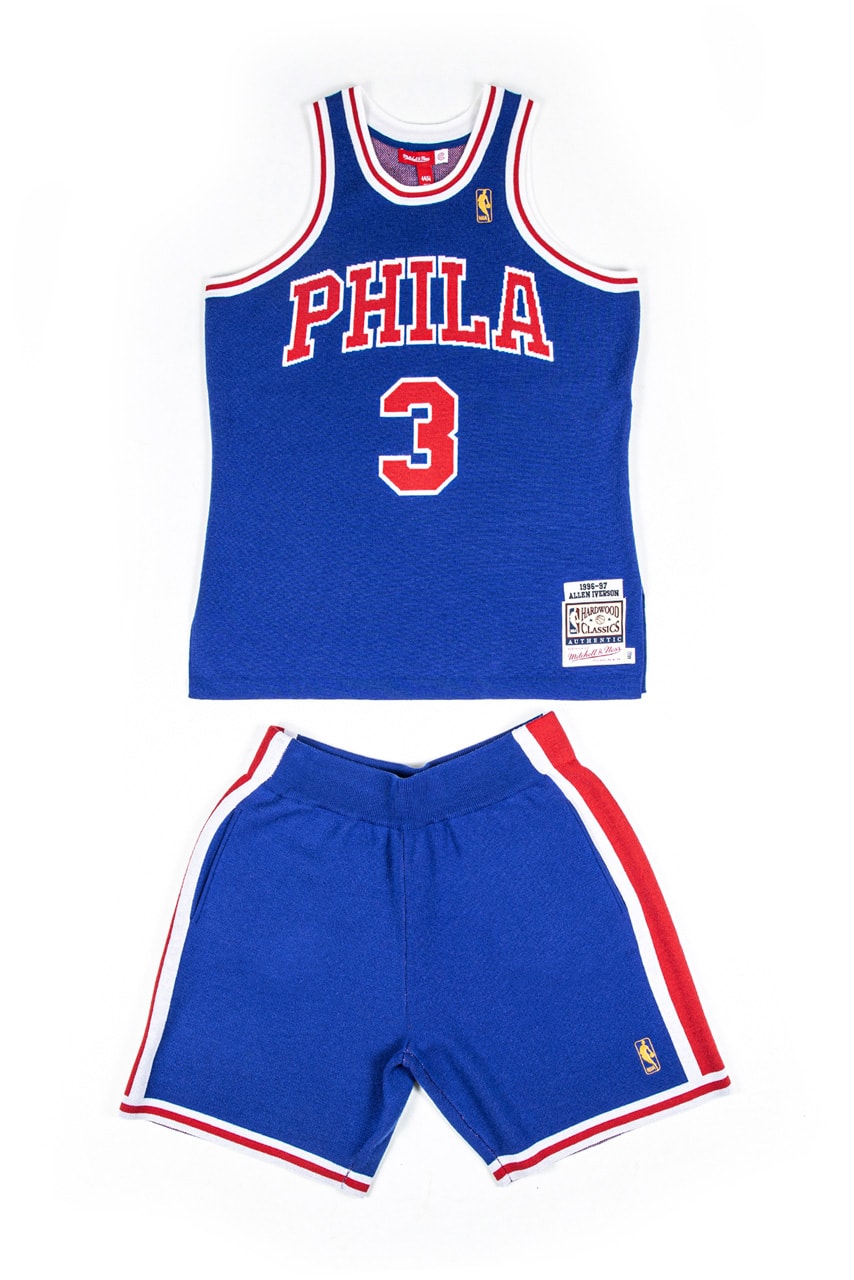 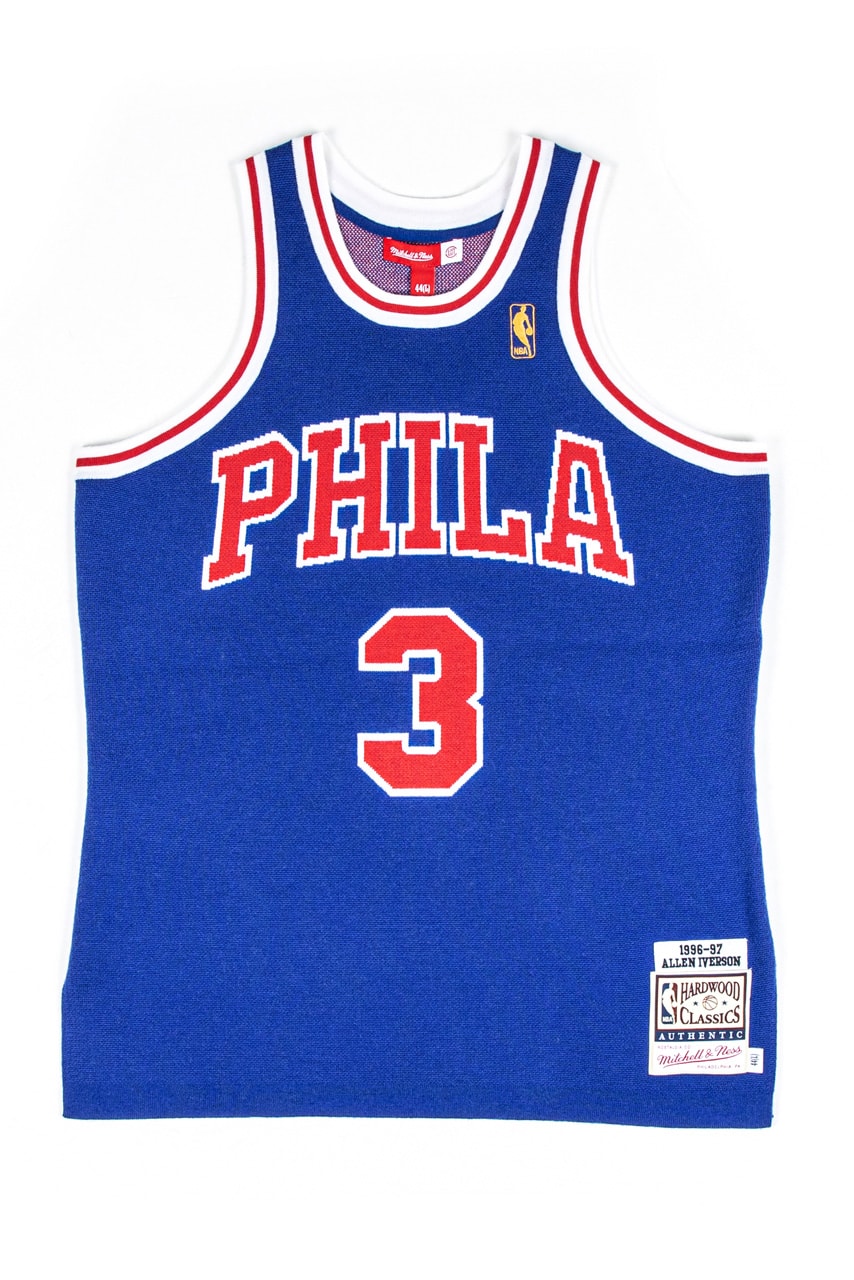 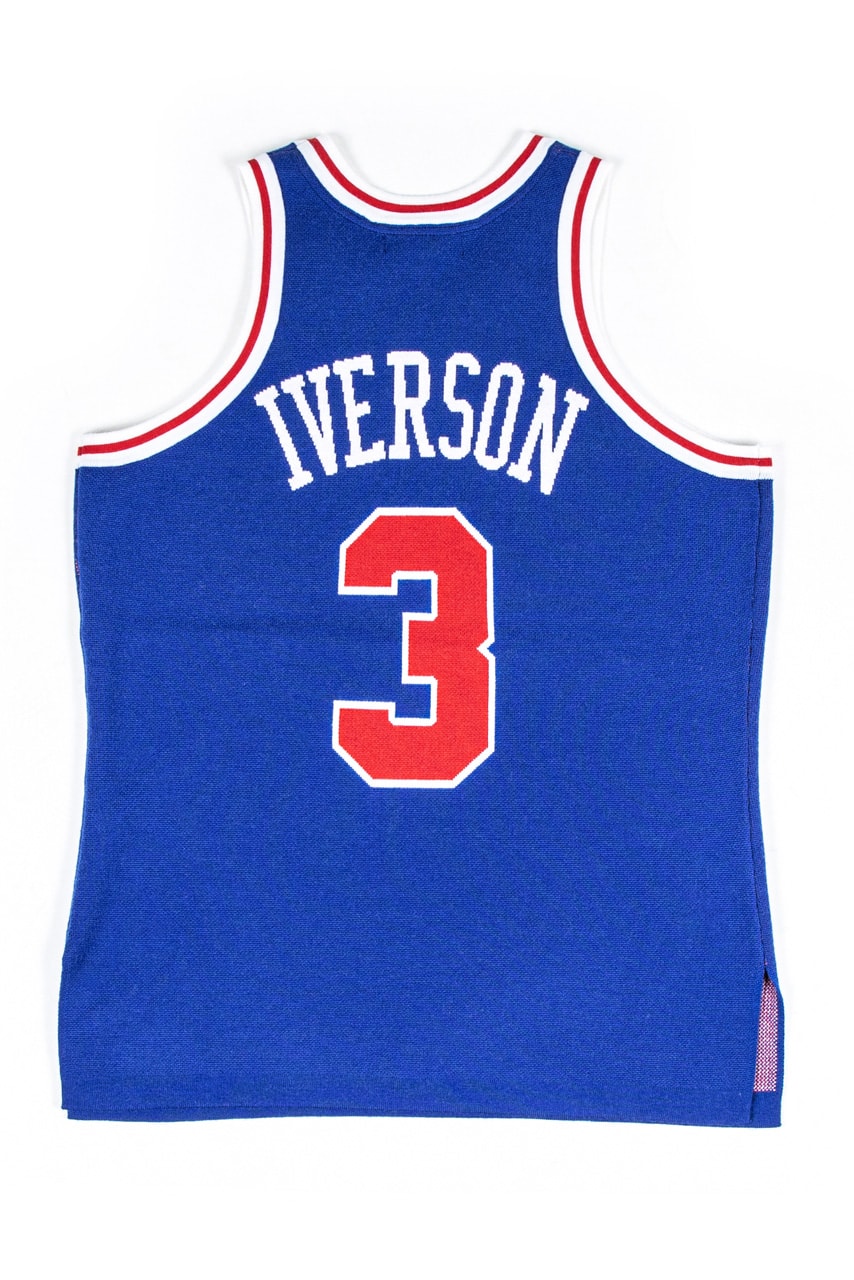 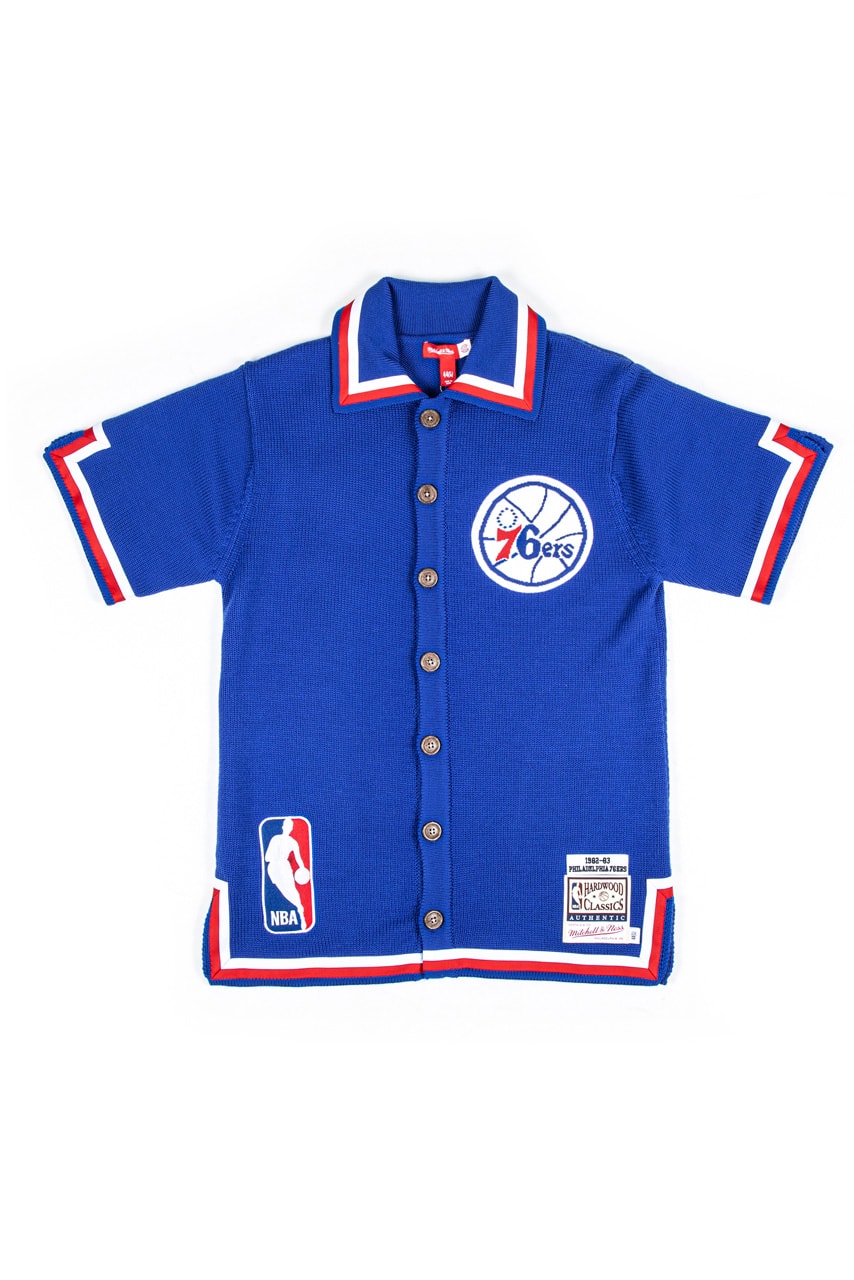 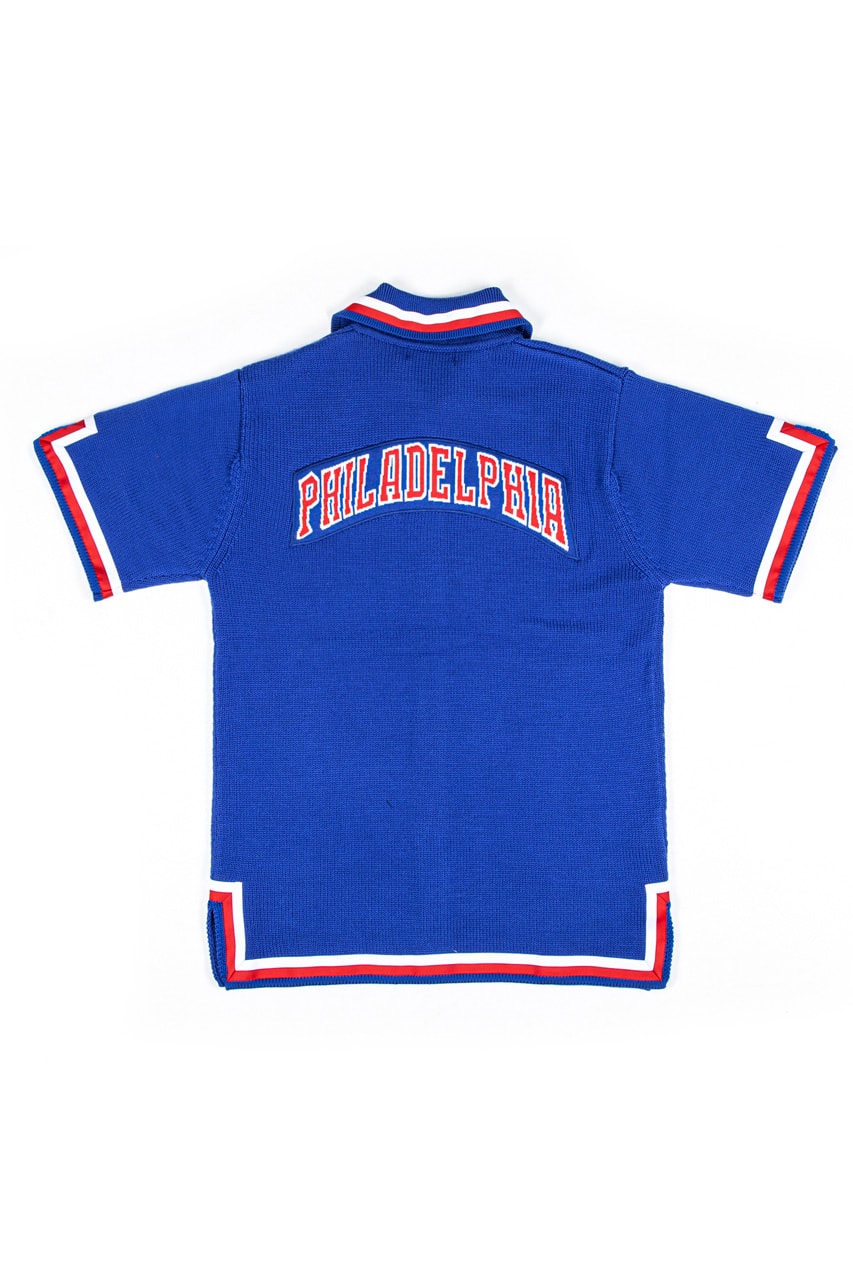 Meanwhile, Kevin Durant’s formative days as a sleek sharpshooter with the Seattle SuperSonics are acknowledged with a jersey and shorts. Both feature classic SuperSonics iconography and a white/green/yellow color scheme that’s sure to stoke a potent twinge of nostalgia in the hearts of any Pacific Northwestern basketball fan. The tag nods to 2007-08, Durant’s rookie season. 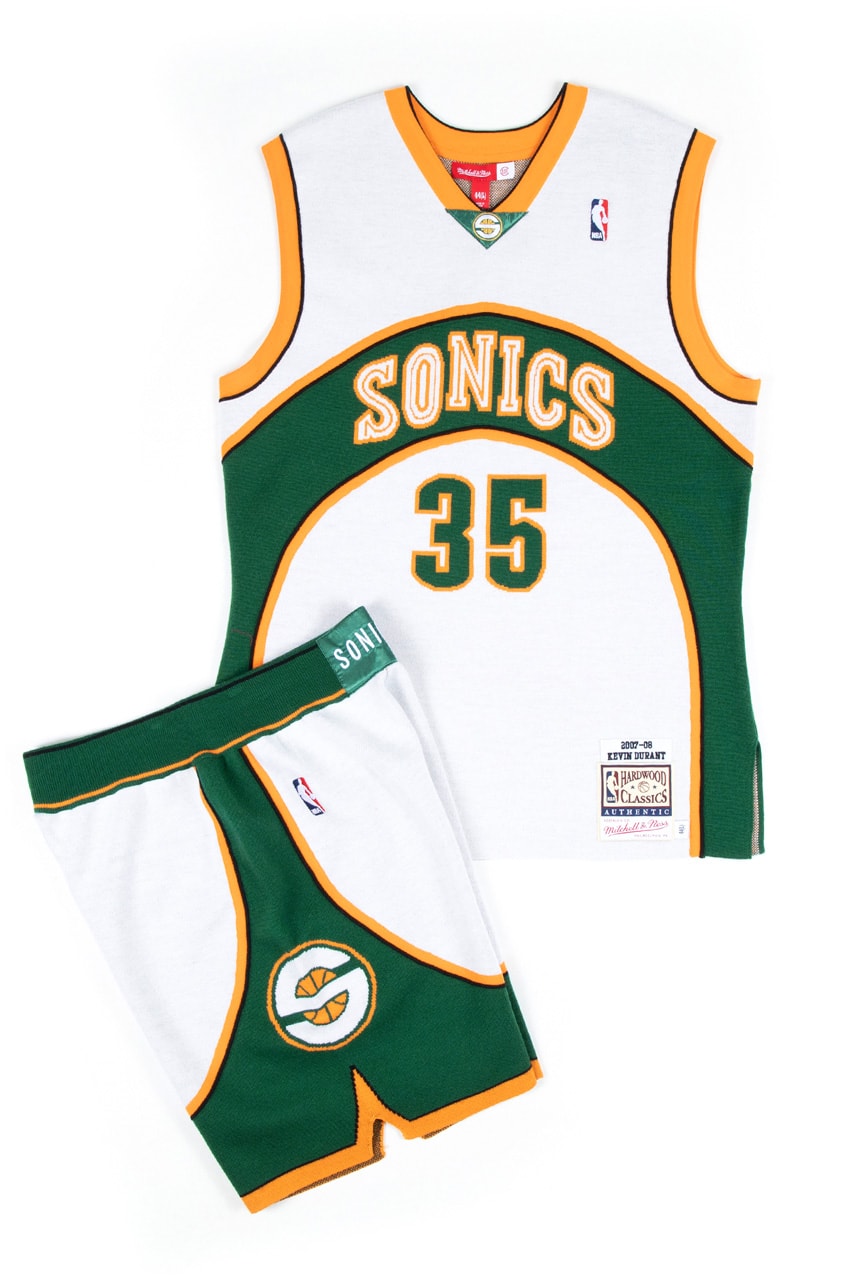 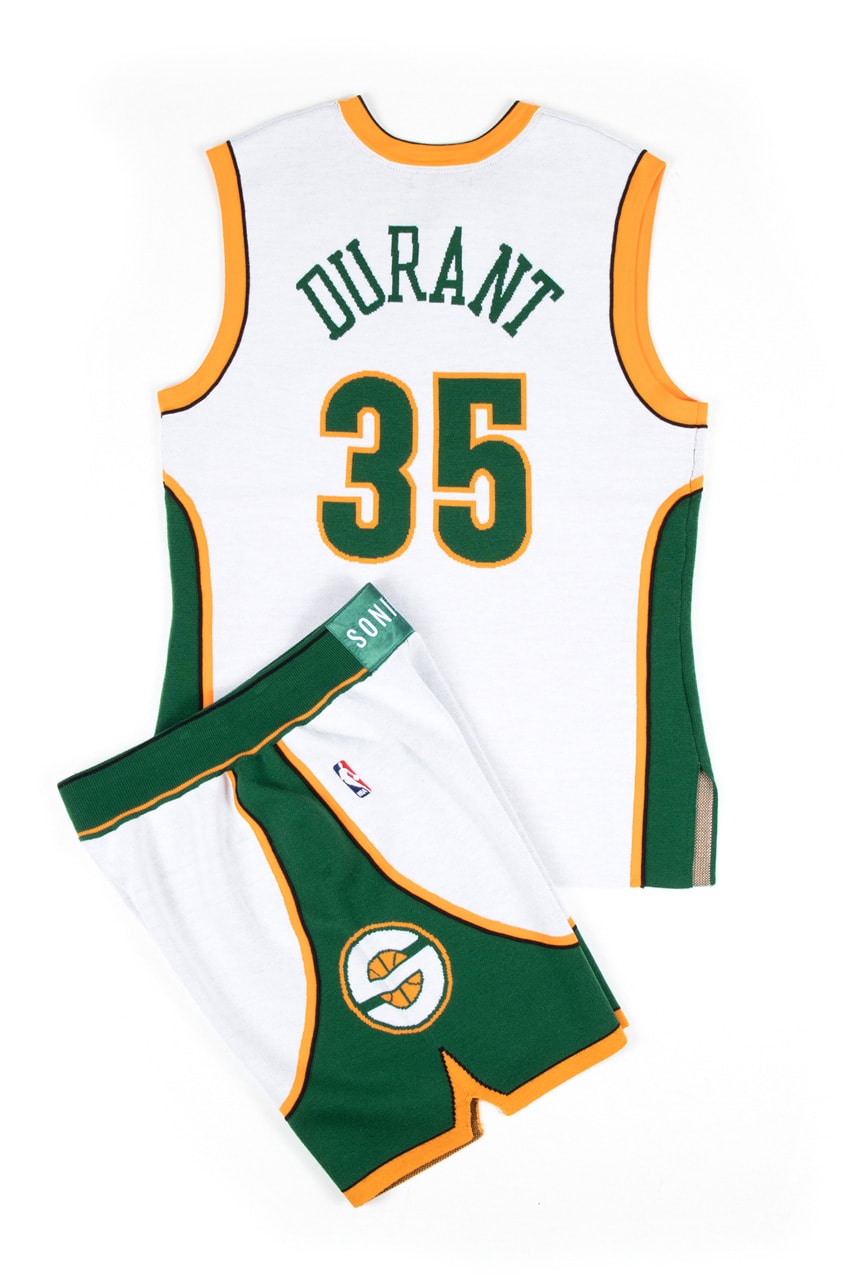 Each piece is available now via the Mitchell & Ness webstore. Shorts are priced at $350 USD, jerseys at $400 USD and the shooting shirt at $500 USD.

If you can’t get enough Allen Iverson-related content, check out the new Reebok Question Mid “Heart Over Hype,”inspired by AI’s unbreakable bond with the city of Philadelphia.